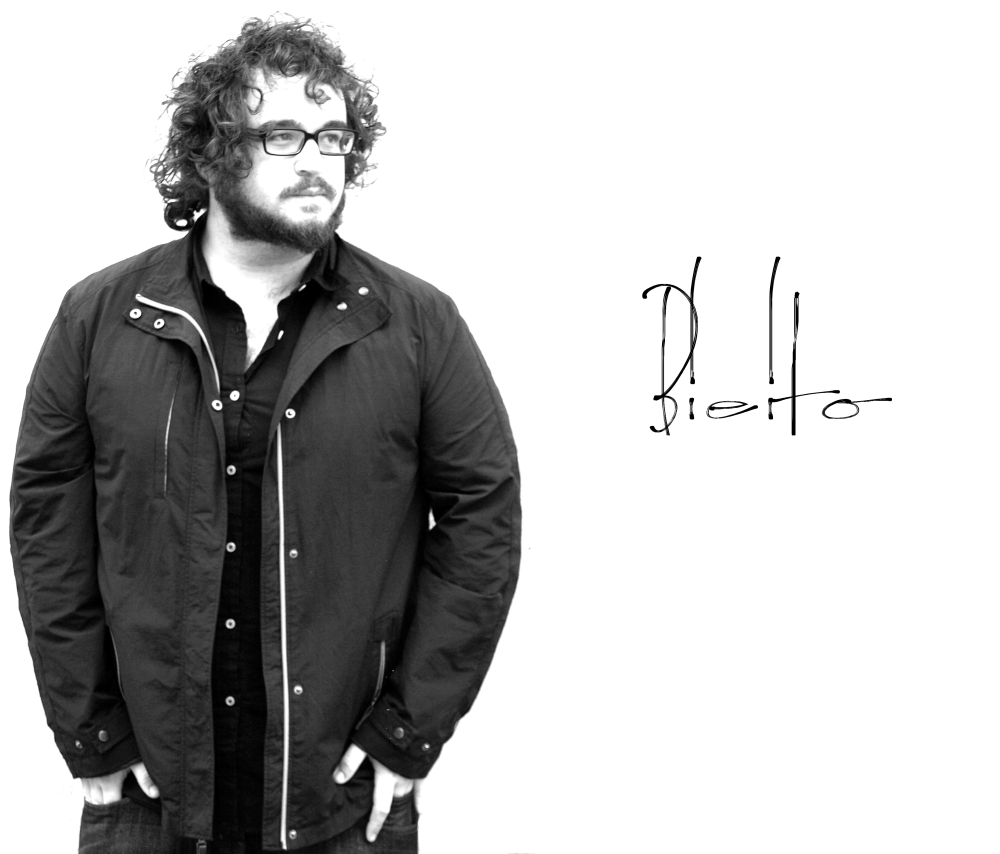 ” I don’t remember any day of my life without something to make it sounds in my hands “ .

He has been a musician for as long as he can remember. He started with the bagpipe at a very young age and played in different bands and traditional bagpipes groups throughout his life.

During his teenage years, he spent some time trying to play guitar with only one intention: to flirt, “And yes, it’s true, you have more success.”

He set the bagpipes aside to focus more on the guitar, and he decided to study music professionally and made a band of Blues and Rock and Roll, called Jesucristo Supersaián .

And then, unexpectedly, he felt the need to return to his favorite instrument, the bagpipes, and currently combines his role as frustrated rocker with the bagpiper of the Liga Gaiteira Galega, Folk ‘n Rolling.

Bieito aims to convey with the music, in the broadest sense of the word. “An emotion can become into a note and move something in whoever will listen”. Being able to convey the good things with music is the most rewarding thing any musician can conquer, according to Bieito.

And while he imagines …

Thinks it would be good to die on stage at the hands of a follower outraged by not playing Muiñeira de Chantada, playing with the Rolling the pasodoble infernal, or meet Lady Gaga and give her a Vienesa* dress.

A confession..
“I need a moment to me before and after performing, five minutes evasion “